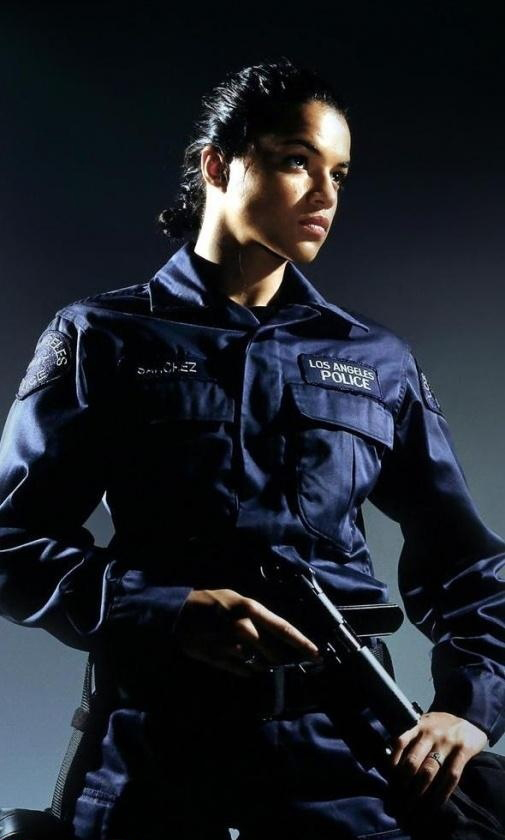 Her name is:
Bryn Sánchez Dragonheart
Nationality:
American
Ethnicity:
Hispanic
Relationship Status:
Widow
Age:
Unknown. Looks around to be in her late twenties, she no longer ages.
Species:
Vampiric-Shifter/Were-Panther {It isn’t entirely known – She’s a Mutt}
Thoughts:
1} I am not here to make anyone happy and I no longer care if I am happy, I have long forgotten the feeling.
2} Personality:
She is extremely blunt and is very outspoken, she doesn’t hesitate to say what’s on her mind and doesn’t mince her words. To strangers she is normally very cold and rude, only children/victims of crimes/or any she considers friends or even family get any sort of compassion or warmth from her.
She will take on any job offered and won’t shirk from a duty no matter what it might entail. She still works under the codes and oath of an LAPD Police Officer but she is now Freelance, meaning her hands aren’t bound by laws.
She is very loyal to a fault and will willingly give her life for anyone that needs help.
Notable scars or markings:
Two scars over her left eye extending down to her cheek. Small scars on her hands and arms, mostly to many to keep track of..
Eye Color:
Dark Brown, the left is lighter in color and almost blind.
Hair Color:
Black, down to her mid-back when worn free, or most seen her hair is either in ponytails or in a bun.
Height:
5 Ft. 4 In. (164 cm)
Weight:
120 lbs. (54.5 kg).
Build:
Athletic. Sometimes nightmares don’t just exist in a person’s dreams and sometimes they actually become real…
Her life shouldn’t have happened, it should have been left as someone’s nightmare that could be finished with a click of a remote, but it didn’t it was her life, from the beginning, to the middle and maybe quite possibly to the end.

Life isn’t fair. Most everyone who has ever walked this planet has at least uttered that saying at least once. Some maybe more so than others, and even more who say it almost all the time. A lot have reason some add trouble to the list to make it worse. But never would anyone believe the horror stories, of babies abandoned in the trash or in the cold, thinking that it was only a scene in some new horror movie. Life isn’t fair. As this one young woman knows all to well. Her beginning was the horror that no one would ever think was true. She was abandoned and past through foster family to foster family, some were good but others were evil incarnate and subjected her to things she would rather forget and never mention aloud. Sometimes she would meet great people but always she moved on first before the other person could, call it a defense mechanism if you will but it is what she does. She rarely allows people close and she will leave first so she isn’t hurt. But that wasn’t all the time, she met a man once, a man she fell so deeply and head over heels in love, she felt as if she had found paradise and she had finally a great chapter in her life and had given birth to three beautiful children. But then good things never last do they? Like all things everything must end and so did her life with the man she loved and their children. They were taken away from her in front of her and no matter how hard she had fought to free herself to save them it was impossible and that night would never leave her mind. Their screams and looks cut so deeply she carries them in her soul.

She almost broke, but as always something deep inside wouldn’t let her and she managed to rebuild the shattered pieces and live on. But she tracked down the men who took her family from her, tracked them like hunter does its prey and she slaughtered them, for a time she lost her humanity and she delighted in the bloodlust and the feeling it gave her. But then again something deep inside of her rose up and forced her to regain her humanity and she rebuilt the shattered pieces once again and lived on.

She isn’t evil, she isn’t good she isn’t anything that can be called in the norm. She exists on a level of her own, surviving day by day, helping those innocent and finding those that are evil and making sure they pay for their crimes. But never has she taken another live, having vowed that she wouldn’t go that dark again. She will help anyone in need but would never ask for a single thing in return. Happiness is a thing of the past and she no longer remembers what it is. When people meet her they quickly realize one thing, that she isn’t one to be messed with, she will won’t stop not while there’s a drop of blood in her veins or a single breath of air in her lungs. She has nothing left to lose and will go any distance to protect an innocent. Bryn loves mechanics, car – truck – ship – airplane.. Etc. It doesn’t matter if it has an engine or anything she’ll work on it. Its what keeps her sane carries her through.