I wish I knew

History: Most of her history is unknown, thanks to her beloved Father whom took the painful memories she does not remember. Her Beginning.. Although she seems to be getting flashbacks, that come every so often that leave her frightened and scared.. They could not possibly be true… could they?

Present Story: A young daughter of Vincente Dragonheart, formally adopted yet had magic so she shares the blood she is a true Daughter of the Dragonheart. A Princess of the Dragonheart Kingdom. A Student learning the Paladin Arts, so she may serve her Father and Kingdom with strength and honor. Though it is rare if she leaves her home realm, if she wanders on the mortal worlds she is a Police Officer with EMT Training, but at night and most often if faced with crimes of the Supernatural Sort she is a Huntress of the Supernatural or a Monster Slayer known simply as Azor. But none of her Family knows, as she prefers to keep it secret because she is very shy around mortals and her family is very protective of her, especially because of her past though she cannot remember.
Promises broken and her family disappeared she wanders the mortal realm alone, throwing herself into her work, growing steadily darker and darker, becoming a Dark Paladin and Falling. Flashbacks from her past are worse and she is starting to believe them. Five Feet Five and a Half Inches in Height, One Hundred and Twenty Five Pounds of Weight,
Dark Brown Curly/Wavy Locks of Hair, Light Brown Eyes. 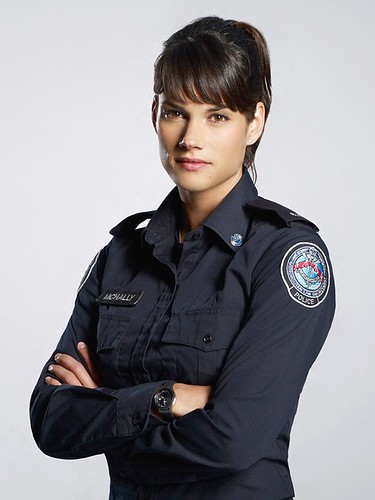 Angelic Powers:
■ Biokinesis – Seraphs manipulate/influence the human body, like can inflict pain down to the molecular level, including internal bleeding, removal of lungs, and hemorrhages.And can also cure a human from turning to a monster.
■ Teleportation – Seraphs, as Angels, can move from one place to another, instantly; in the blink of an eye.
■ Superhuman Stamina: Seraphs never tire or grow fatigued. As such, they do not require, food, sleep, or oxygen.
■ Superhuman Strength: As a higher class of Angel endowed with greater strength, seraphs are extremely strong. They can lift at least One Ton.
■ Immortality:A Seraph, like all angels, by nature, can’t die by any natural means of death. They are impervious to bullets, knives, bombs, and any other conventional human ways of killing.
■ Telepathy: A Seraph can easily read the minds of humans.
■ Dreamwalking: A Seraph can enter a humans dream and can also take someone with them.
■ Pyrokinesis: A Seraph can generate and manipulate fire.